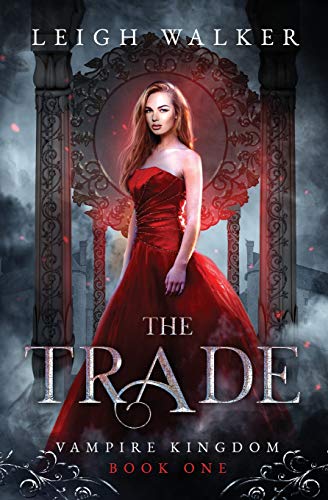 One life. One love. One chance…to finally get it right.

After the devastating loss of her mother and sister, high-school senior Victoria Edwards is worried she’s going crazy. First, she sees a handsome boy floating outside of her room. Then she receives a mysterious letter asking her to go to a nearby pond at midnight. I’ll be waiting for you on the other side, the side you can’t see from here, it reads. Intrigued, Tori investigates—but suddenly finds herself in a different time and place. It’s the year 3130, and she’s smack-dab in the middle of the Kingdom.

She sees him in the kingdom, the same boy from outside her window, and learns he’s a prince. Most likely a vampire prince. Against her will, Tori’s entered in The Trade, in which pretty young maidens are offered as sacrifices to the royals in exchange for crops. In a first for the competition, Prince Dominic proposes to the candidate of his choice—who happens to be a very reluctant Tori. Once she enters the royal compound, she learns that the kingdom is even more treacherous than she could have ever imagined. The prince and his family are dangerous, but Dominic holds the key to secrets about Tori’s past…and more importantly, her future.

If she lives long enough to have one.

Book 1 of the Vampire Kingdom Trilogy!

Enjoy reading Vampire Kingdom 1: The Trade? You may also like these books