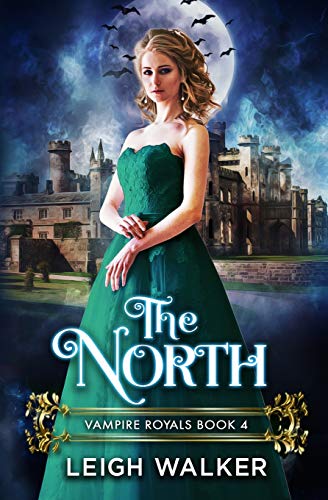 The Pageant has Ended, but a New Adventure is Just Beginning!

Blake Kensington enjoyed her time at the palace. But after the royal wedding, it’s time for her to begin her new role as Goodwill Ambassador to the North. Curious about the foreign country and even more curious about her traveling companion, Prince Austin Black, Blake sets out on her adventure with the handsome and mysterious prince.

But once they cross the border, and the North reveals itself to be more treacherous than Blake ever anticipated.

Austin vowed to never leave his Northern home. But when the werewolves begin threatening the castle, putting Blake at risk, the prince must defend his claim like never before. Austin never planned to risk his kingdom for a human…

How do you choose between your past, and what could be your future?

Enjoy reading Vampire Royals 4: The North? You may also like these books