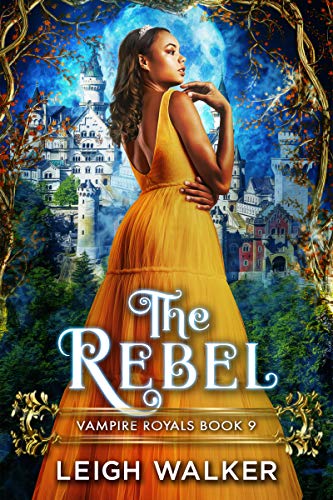 She’s always been the good girl. So why does she want something so wrong?

Shaye Iman understands all about divided loyalties. Hailing from poor Settlement 24, her family’s been ripped apart: her father and brothers went to fight for the rebels, leaving her mother and sisters behind. Shaye’s done her best to provide for them—first, as a contestant in the government-sponsored Pageant, and later as a royally appointed Goodwill Ambassador. Of course she loves her father and brothers, but she remains faithful to the Vampire Royals.

Shaye’s watched her friends fall in love with vampires and werewolves, but now she faces an attraction that's even more dangerous: Lieutenant Hayden Pierce, the brave, daring rebel with the striking green eyes. Shaye refuses to have feelings for the soldier. Still, she’s increasingly drawn to Pierce—sparking a war inside her own heart.

Lieutenant Pierce never meant to fall for a supernatural sympathizer. But he can’t get Shaye out of his head. How could a young woman so lovely, so kind, be so wrong about her allegiance? But Pierce has a reputation for bravery for a reason: he won’t ever give up a fight, especially one that means something to him. Shaye is worth fighting for.

Two different sides. One undeniable attraction. Can the rebel and the ambassador find a way to cross the battle lines?

Enjoy reading Vampire Royals 9: The Rebel? You may also like these books