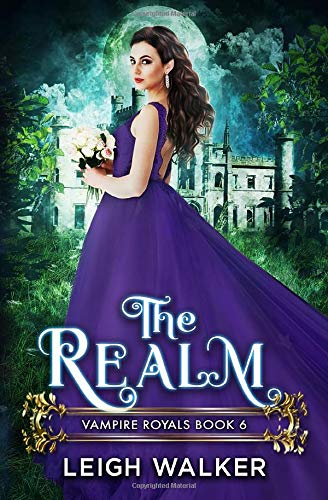 He wants to make me his queen. The problem? I’m an heiress. And he’s…a beast.

I mean he is really a beast, a werewolf to be precise. I’m the first to admit that I’m born to be royalty, but this wasn’t exactly how I’d pictured it!

Rhys is about to be crowned king of the Realm, and he wants me to rule by his side. He said if I refuse, he’ll have the prince “gift” me to him. The nerve! One thing the new king needs to learn? I don’t take orders—not from him, not from anyone. But when Rhys makes it a contest and invites other women to audition to be his bride, he gets my ire up. I don’t know if I’m meant to marry a werewolf, but I do know that I was born to win. I’ll show that beast what I’m made of—I’ll make him sit, beg and heel. So may the best woman win.

And since I’m already certain that’s me, I’m all for it… Let the games begin!

Enjoy reading Vampire Royals 6: The Realm? You may also like these books