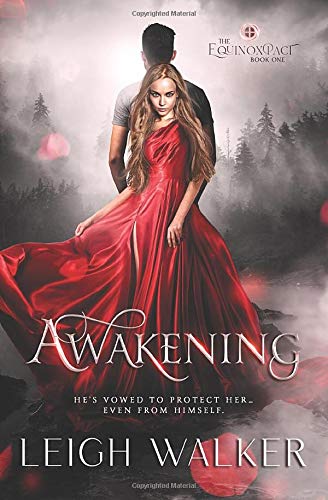 HE’S VOWED TO PROTECT HER…EVEN FROM HIMSELF.

ALL SHE WANTED WAS TO SURVIVE SENIOR YEAR.

The island of Dawnhaven has a population of 100 and it’s in the middle of nowhere, i.e., off the coast of Northern Maine. If Taylor can just make it through senior year and survive living with her wicked stepmother, she’ll be free, once and for all…

BUT THEN SHE MEETS THIS GUY.

James Champlain is tall and strapping, with a square jaw. He lives at the island’s biggest estate; a local landmark called the Tower. Taylor’s thrilled to discover that in addition to his looks, James is charming, funny and kind. She’s increasingly drawn to him, but…

WHAT’S WITH ALL THE RUMORS?

People say strange things about James—that he takes his boat out on secretive missions at all hours of the night, that he talks to crows, that the steady stream of visitors to the Tower are disciples of some sort of pagan “institute.” Although Taylor doesn’t believe it, James does claim he can read peoples’ auras. But does that make him a cult leader? And does he want to date her, or just recruit her?

AND WHAT’S THAT THING IN THE WOODS?

There’s something dark in the island woods, something dangerous. When Taylor encounters it, she learns that not only James is not what he appears, nothing is.

Enjoy reading AWAKENING: A YOUNG ADULT PARANORMAL ROMANCE? You may also like these books