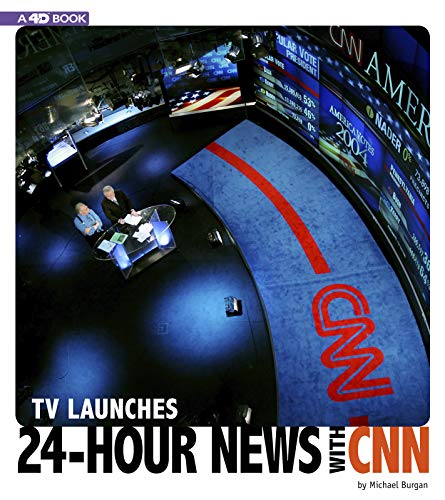 Paperback (Compass Point Books Sept. 1, 2019) , Reprint edition
On-point historical photographs combined with strong narration bring the story of CNN to life. Kids will learn how Ted Turner developed the idea of a 24/7 news network, which was unheard of at the time, as the Big Three networks devoted only half an hour a day to news, and cable was in its infancy. CNN changed the way news was delivered, and gave rise to the 24-hour news cycle on the internet as well as TV. Accompanying video will show readers CNN's early news coverage as well as current debates with the president.

Enjoy reading TV Launches 24-Hour News with CNN: 4D An Augmented Reading Experience? You may also like these books