The Salem Witch Trials: Mass Hysteria and Many Lives Lost 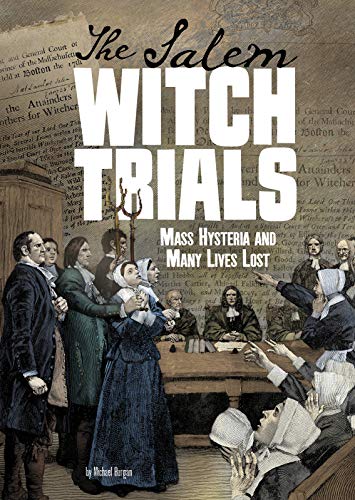 The Salem Witch Trials: Mass Hysteria and Many Lives Lost

Paperback (Capstone Press Jan. 1, 2019) , Reprint edition
Vivid storytelling brings American history to life and place readers in the shoes of people who experienced one of the most notorious moments in American history - the Salem Witch Trials. In the spring of 1692, girls in Salem, Massachusetts, accused several local women of witchcraft. The events that followed were marked by mass hysteria and religious extremism and ultimately led to trials, convictions, executions, and many more accusals. Suspenseful, dramatic events unfold in chronological, interwoven stories from the different perspectives of people who experienced the event while it was happening. Narratives intertwine to create a breathless, "What's Next?" kind of read. Students gain a new perspective on historical figures as they learn about real people struggling to decide how best to act in a given moment.

Enjoy reading The Salem Witch Trials: Mass Hysteria and Many Lives Lost? You may also like these books