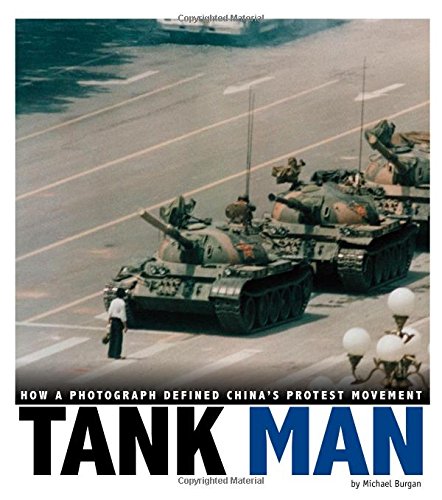 Paperback (Compass Point Books March 1, 2014)
No one knew his name. But soon millions would know about his bravery. For almost two months in spring 1989, Beijing’s Tiananmen Square had been the site of growing protests against China's hardline communist government. In early June, China’s leaders had had enough. In a matter of days soldiers cleared the square. They used sticks and cattle prods. They shot rubber bullets, then real ones. They used bayonets. Student protesters fought back with firebombs and rocks, but they were no match for the soldiers. Gunfire still rang out in parts of Beijing, but China’s leaders felt in control. As tanks rumbled through the streets near Tiananmen Square, a man in a white shirt came suddenly into view. He held up his right hand, like a police officer trying to halt traffic. The first huge tank in a row of four stopped just a few feet in front of the man. The tanks behind it stopped as well. Photographer Jeff Widener took a picture of the brave protester halting the huge armored fighting vehicles. The image was soon sent around the world, becoming one of the most famous photographs ever.

Enjoy reading Tank Man: How a Photograph Defined China's Protest Movement? You may also like these books