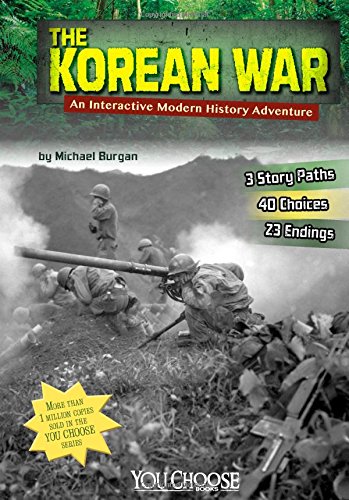 Paperback (Capstone Press Aug. 1, 2014)
Its 1950 and the Communist country of North Korea has invaded its neighboring country of South Korea. The United Nations has stepped in to help South Korea by providing weapons and soldiers. Nearly all of these soldiers come from the United States. Will you: Serve as a pilot in Korea with the U.S. Marine Corps? Lie about your age to enlist as a 16 year old member of the U.S. military reserves? Join in the fight for your country as a young South Korean man? Everything in this book happened to real people. And YOU CHOOSE what you do next. The choices you make could lead you to survival or to death.

Enjoy reading The Korean War: An Interactive Modern History Adventure? You may also like these books