Miracle on Ice: How a Stunning Upset United a Country 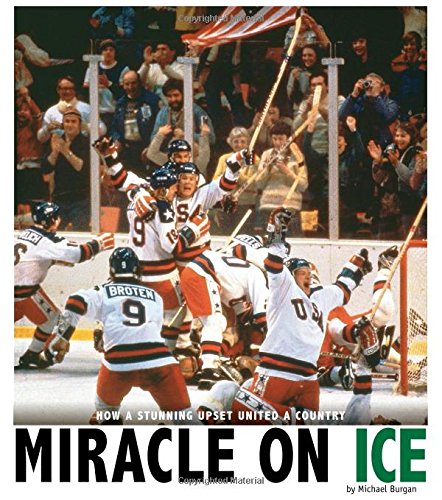 Miracle on Ice: How a Stunning Upset United a Country

Paperback (Compass Point Books Feb. 1, 2016)
The mighty Soviets were the favorites to win hockey gold at the 1980 Winter Olympics. But a team of U.S. college players had other ideas. The stunning upset of the Soviet hockey team by the young Americans has been called the greatest moment in international hockey. And to many people the victory was about much more than sports. Americans had gone through difficult times at home and abroad. Beating the best hockey team in the world―and its major Cold War rival―gave Americans a sense of pride. One iconic photo captured the impact of that “miraculous” historic event.

Enjoy reading Miracle on Ice: How a Stunning Upset United a Country? You may also like these books