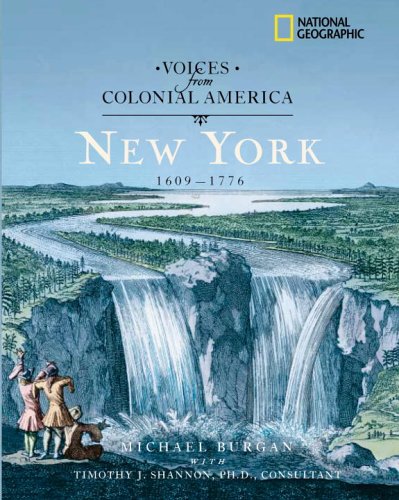 Hardcover (National Geographic Children's Books April 11, 2006)
Believe it or not, New York's past was as wild, exciting, and contentious as its present. It's hard to imagine now that New York City was once a wilderness, but Manhattan takes its name from an Algonquian Indian word meaning "hilly island." Henry Hudson's haul of fine furs convinced the Dutch to establish their colony at the gateway to the New World, and the island was bought from the Native Americans.


Once settled, New York soon became the crucible of commerce in America, and the steely spirit of New Yorkers was forged fast. The narrative of New York has been marked ever since with the spirit of its inhabitants' fierce independence and individuality.

Enjoy reading Voices from Colonial America: New York 1609-1776? You may also like these books