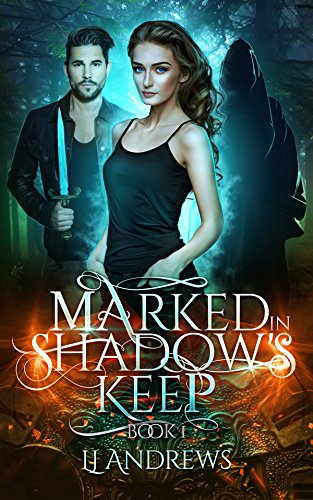 language (4 Arrows Feb. 8, 2018) , 1 edition
Is she a powerful phenomenon, or a plague that could destroy two worlds?

At least according to the superstitious people in the town of Shadow's Keep. Everyone else told her the visions of people dying were just dreams. She believed them.

Until she met him.

Laney must believe there are powers beyond her imagination, or everyone she loves could be lost in the shadows.

From USA Today Bestselling author, LJ Andrews, comes the first in a new series. If you love wit, intrigue, and compelling characters this is for you.

Enjoy reading Marked in Shadow's Keep? You may also like these books