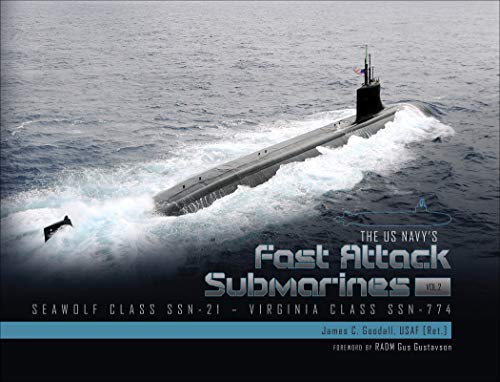 Hardcover (June 28, 2020)
Successors to the US Navy’s Los Angeles–class fast-attack submarines (presented in volume 1), the Seawolf- and Virginia-class SSNs are presented here from their initial design and construction, through testing and trials, to current operations. From its debut in 1997, the nuclear-powered Seawolf (SSN-21) represented the lead ship of the deadliest submarine ever to be constructed for the USN during the Cold War. With the end of the Cold War, the Seawolf-class SSNs were limited to the three that were under … More
H* 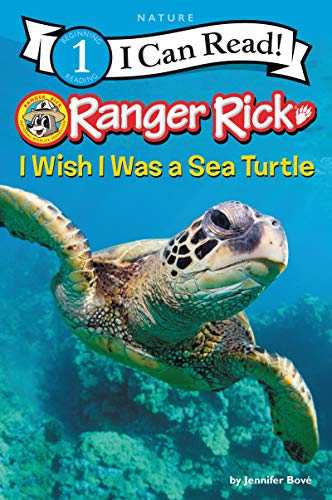 Ranger Rick: I Wish I Was a Sea Turtle

Ranger Rick explorers can learn all about sea turtles in this reader full of fascinating facts, vivid wildlife photographs, a Wild Words glossary, and a hands-on activity.

Ranger Rick: I Wish I Was a Sea Turtle is a Level One I … 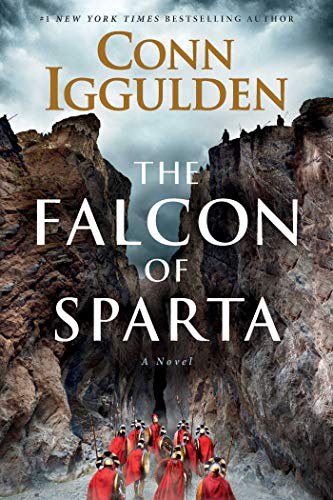 The Falcon of Sparta: A Novel

Paperback (June 9, 2020)
Conn Iggulden, the New York Times bestselling author of the Emperor, Conqueror, and Wars of the Roses series, returns to the ancient world with a ferociously violent epic.401 BC. In the ancient world, one army was feared above all others. The Persian king Artaxerxes rules an empire stretching from the Aegean to northern India. As many as fifty million people are his subjects. His rule is absolute. Though the sons of Sparta are eager to play the game of thrones … More
Z+* 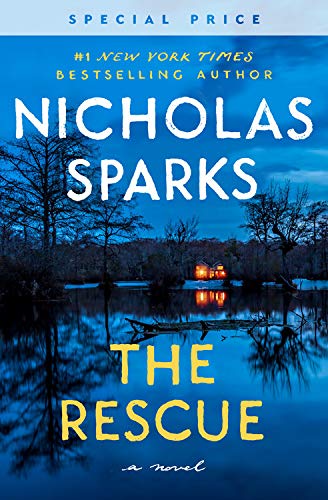 Paperback (June 16, 2020)
In this heartfelt Southern love story from the #1 New York Times bestselling author of The Notebook, a daring fireman rescues a single mom -- and learns that falling in love is the greatest risk of all.When confronted by raging fires or deadly accidents, volunteer fireman Taylor McAden feels compelled to take terrifying risks to save lives. But there is one leap of faith Taylor can't bring himself to make: he can't fall in love. For all his adult years, … More
? 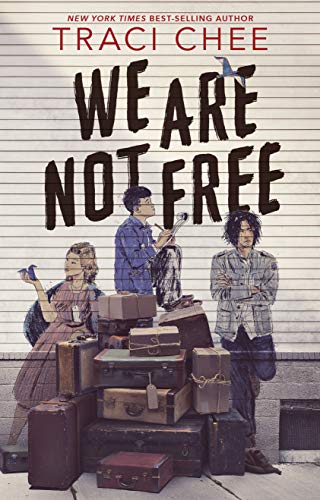 We Are Not Free

Hardcover (June 9, 2020)
“All around me, my friends are talking, joking, laughing. Outside is the camp, the barbed wire, the guard towers, the city, the country that hates us. We are not free. But we are not alone.” From New York Times best-selling and acclaimed author Traci Chee comes We Are Not Free, the collective account of a tight-knit group of young Nisei, second-generation Japanese American citizens, whose lives are irrevocably changed by the mass U.S. incarcerations of World War II. Fourteen teens … More
? 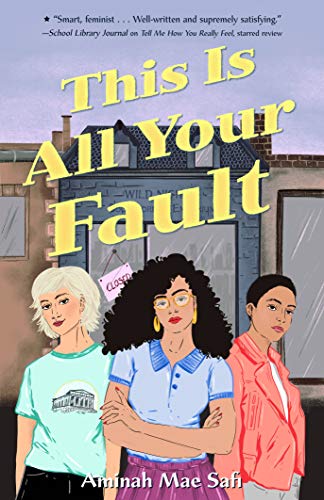 This Is All Your Fault

Set over the course of one day, Aminah Mae Safi's This Is All Your Fault is a smart and voice-driven YA novel that follows three young women determined to save their indie bookstore.

Rinn Olivera is finally going to tell her longtime crush AJ that she’s in love with him.

Daniella Korres writes poetry for her own account, but nobody knows it’s her.

Imogen Azar is just trying to make it through the day.

When Rinn, Daniella, and Imogen clock … 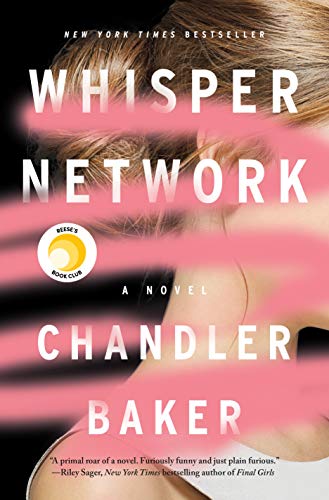 Sloane, Ardie, Grace, and Rosalita have worked at Truviv, Inc. for years. The sudden death of Truviv’s CEO means their boss, Ames, will likely take over the entire company. Each of the women has a different … 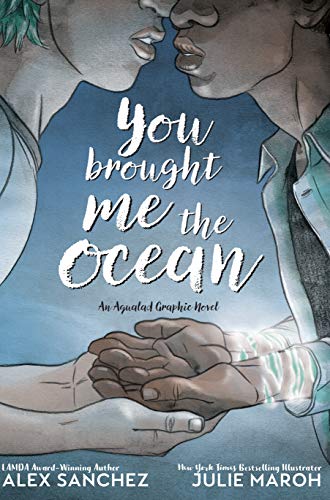 You Brought Me The Ocean: An Aqualad Graphic Novel

Paperback (June 9, 2020)
The voices that shaped LGBTQ Young Adult literature, Lambda Award-Winning author Alex Sanchez (Rainbow Boys) and New York Times bestselling illustrator Julie Maroh (Blue Is the Warmest Color), present a new coming-out romance set against the backdrop of the DC Universe.Jake Hyde doesn't swim--not since his father drowned. Luckily, he lives in Truth or Consequences, New Mexico, which is in the middle of the desert, yet he yearns for the ocean and is determined to leave his hometown for a … More
P* 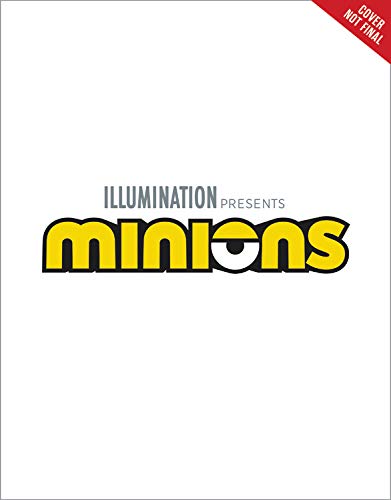 Paperback (June 2, 2020)
Find all your favorite characters from Minions and Despicable Me 3 in this bindup of two seek-and-find books featuring hours of discoverable fun!Premiering July 3, 2020, Minions: The Rise of Gru, the highly anticipated sequel to the 2015 box-office hit, will feature more Minion mischief.This bindup includes:Minions: Seek and Find Despicable Me 3: Seek and Find© Universal City Studios LLC. All Rights Reserved. More
O* 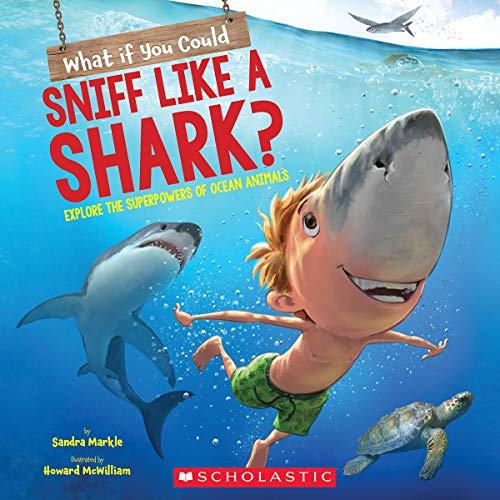 What If You Could Sniff Like a Shark?: Explore the Superpowers of Ocean Animals

Paperback (June 2, 2020)
If you could have any ocean animal's superpower, whose would you choose?What if you woke up one morning, and you suddenly had the superpower of an ocean animal? If you could shapeshift like a giant Pacific octopus, you could squeeze through even the smallest gaps. If you could snap your claws like a coconut crab, you could slice through sheets of metal. And if you could sniff like a great white shark, you'd be able to smell treats from miles … More
O* 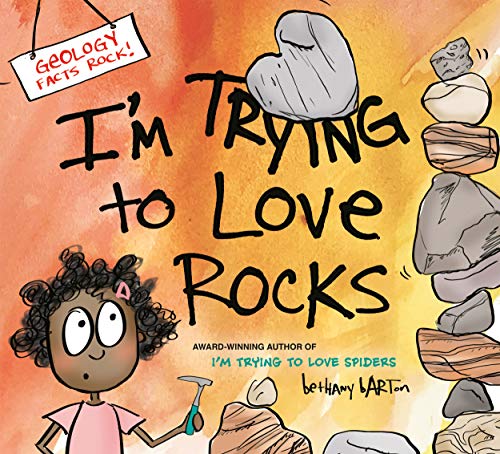 Hardcover (June 2, 2020)
The fourth totally awesome, funny, and incredibly informative book in the "I'm Trying to Love..." book series!Think rocks are boring? Hard to like? Kinda just sit there, doing nothing?Why even write a whole book about them??Bethany Barton will tell you why . . . because we wouldn't be here if there were no rocks!From the Grand Canyon to volcanos to diamonds and fossils, geology--the study of rocks--shows us where we've been and where we're going. With tons of humor and … More
R* 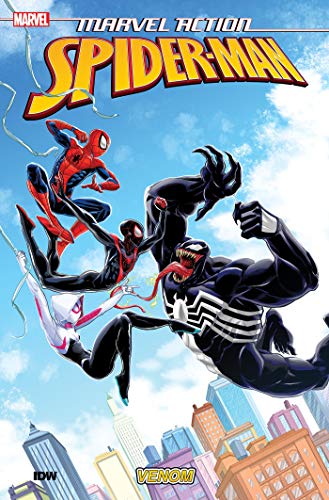 Paperback (June 16, 2020)
Yet another Spider-Man arrives on the scene, but this one is big, bad, and wreaking havoc all across the city. Venom makes his Marvel Action debut!The action continues in these graphic novel adventures for middle-grade readers featuring Peter Parker, Gwen Stacy, and Miles Morales! As Ghost-Spider crosses paths with Venom first, the question remains: is he a misguided friend or a fiendish foe? Collects issues #10-12 of the Marvel Action: Spider-Man series. More
Find More in Readling App