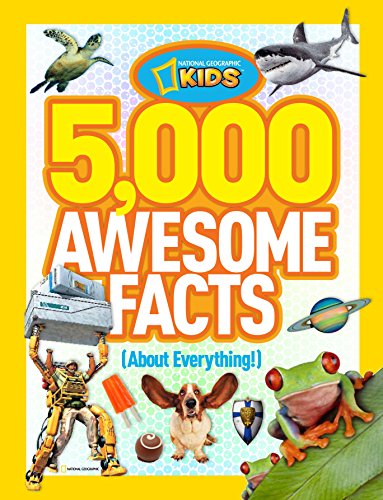 "Filled with photographs, this beautifully designed book is organized into two-page spreads that each focus on a different topic, making it easy and fun to read." --Redding.comPresenting the next must-have, fun-filled gift book from the team that created Ultimate Weird But True, 5,000 Cool Facts About Everything treats kids to brain candy and eye candy all rolled into one treasure trove of high-interest fascinating facts. Lively and information-packed, this book is literally busting its covers with fascinating, fun-tastic facts … 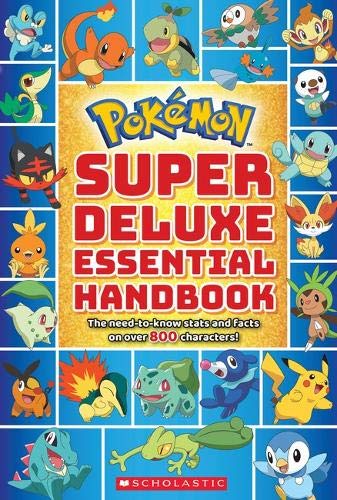 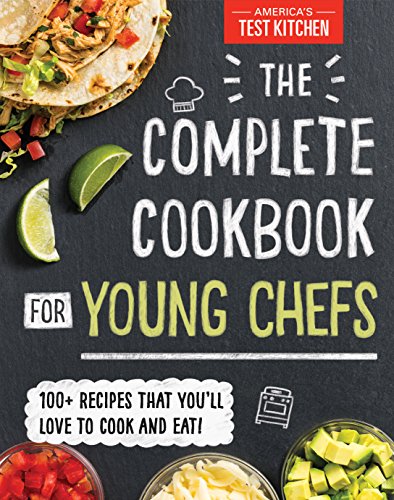 The Complete Cookbook for Young Chefs

Want to bake the most-awesome-ever cupcakes? Or surprise your family with breakfast tacos on Sunday morning? Looking for a quick snack after school? Or maybe something special for a sleepover? It's all here. Learn to cook like a pro―it's easier than you think.

For the first time ever, America's Test Kitchen is bringing their scientific know-how, rigorous testing, and hands-on learning to KIDS in the kitchen! … 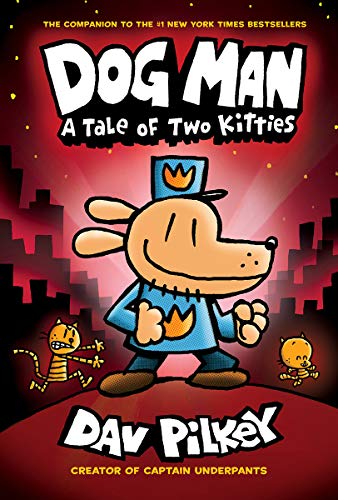 Dog Man: A Tale of Two Kitties: From the Creator of Captain Underpants

Hardcover (Aug. 29, 2017)
He was the best of dogs... He was the worst of dogs... It was the age of invention... It was the season of surprise... It was the eve of supa sadness... It was the dawn of hope... Dog Man hasn't always been a paws-itive addition to the police force. While he can muzzle miscreants, he tends to leave a slick of slobber in his wake! This time, Petey the cat's dragged in a tiny bit of trouble -- a double … More
S 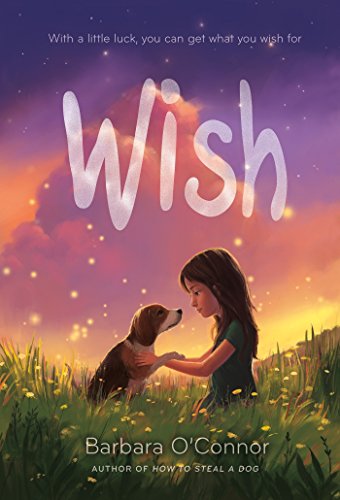 A touching story about a girl and her dog, perfect for young animal lovers.

Eleven-year-old Charlie Reese has been making the same secret wish every day since fourth grade. She even has a list of all the ways there are to make the wish, such as cutting off the pointed end of a slice of pie and wishing on it as she takes the last bite.

But when she is sent to the Blue Ridge … 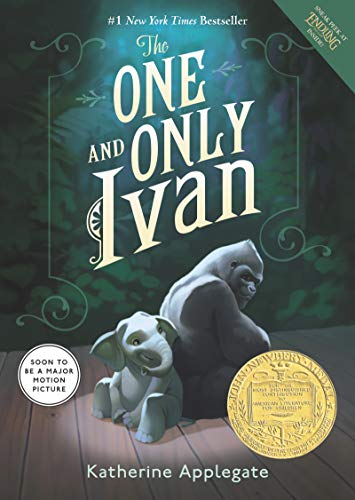 Soon to be a major motion picture!

Having spent twenty-seven years behind the glass walls of his enclosure in a shopping mall, Ivan has grown accustomed to humans … 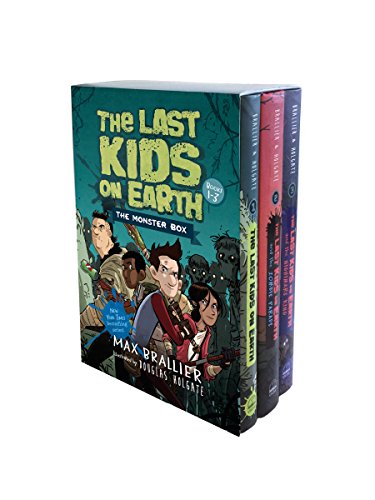 The Last Kids on Earth: The Monster Box

Hardcover (Oct. 16, 2018) , Box edition
A collection of the first three books in this New York Times bestselling series.Hang out with Jack Sullivan and his friends as they navigate life after the Monster Apocalypse--living in a tricked-out tree house, avoiding zombies, battling evil world-destroying monsters, and generally treating life like it's the best video game ever! This boxed set includes the first three books from the New York Times bestselling The Last Kids on Earth series: The Last Kids on Earth, The Last Kids on … More
S* 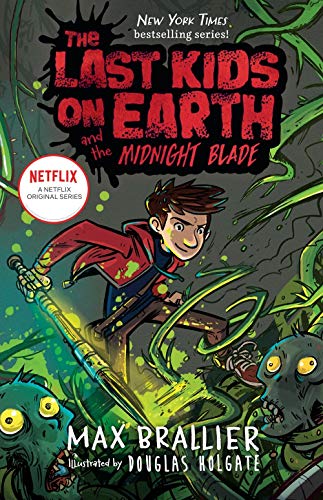 The Last Kids on Earth and the Midnight Blade

Hardcover (Sept. 17, 2019)
Now a Netflix original series!The New York Times and USA Today bestselling series, with over three million copies in print!"Terrifyingly fun! Delivers big thrills and even bigger laughs."--Jeff Kinney, author of the #1 New York Times bestseller Diary of a Wimpy KidThe 5th book of the New York Times bestselling series!Surviving their first winter after the Monster Apocalypse was no easy feat, yet Jack and his buddies waste no time springing to action against some of the nastiest, most evil … More
S* 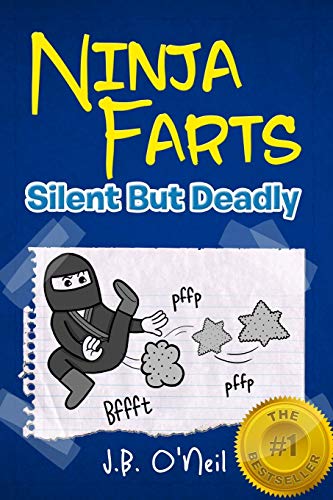 Silent but deadly…just as a Fart Ninja should be!

Milo Snotrocket was just an ordinary, fart-loving boy, until he got wind of the school bully, Bobby Buttzcratcher's, evil scheme: to use deadly stinky farts, for evil!

Now Milo must become the Fart Ninja to stop bad Buttzscratcher. The laughs come as fast as ninja stars as Milo…

-swallows up bad kids with a powerful fart dragon! 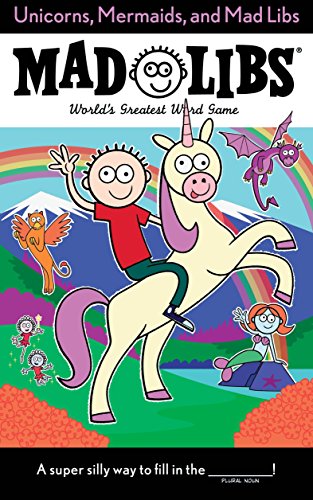 Paperback (Oct. 25, 2016)
Unicorns, Mermaids, and Mad Libs... oh my! If you love unicorns, mermaids, dragons, or any other type of magical creature, then this is the Mad Libs for you! Packed with 21 hilarious stories about your favorite fierce and cuddly creatures, this book is sure to please readers young and old. More
S 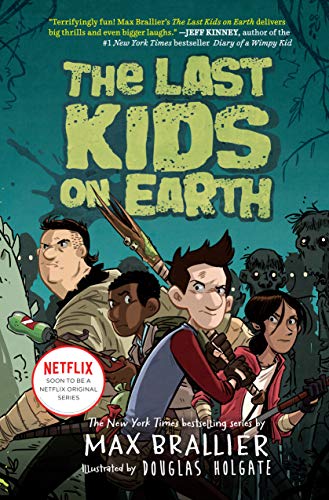 The Last Kids on Earth

Hardcover (Oct. 13, 2015)
Soon to be a Netflix Original series! The New York Times and USA Today bestselling series, with over two million copies in print!"Terrifyingly fun! Delivers big thrills and even bigger laughs."--Jeff Kinney, author of the #1 New York Times bestseller Diary of a Wimpy Kid Ever since the monster apocalypse hit town, average thirteen year old Jack Sullivan has been living in his tree house, which he's armed to the teeth with catapults and a moat, not to mention video … More
S* 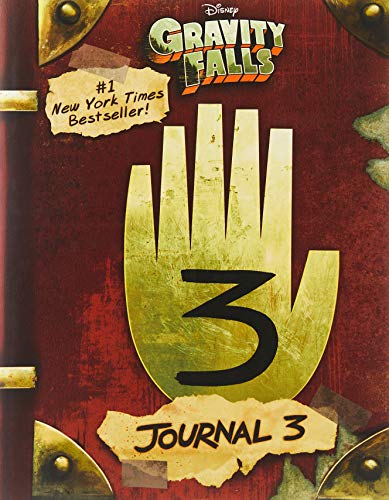 Hardcover (July 26, 2016) , 2nd edition
Journal 3 brims with every page ever seen on the show plus all-new pages with monsters and secrets, notes from Dipper and Mabel, and the Author's full story. Fans of
Gravity Falls will simply love this 288-page full-color jacketed hardcover version of Journal 3! Plus the book jacket doubles as an exclusive poster!
More
Find More in Readling App