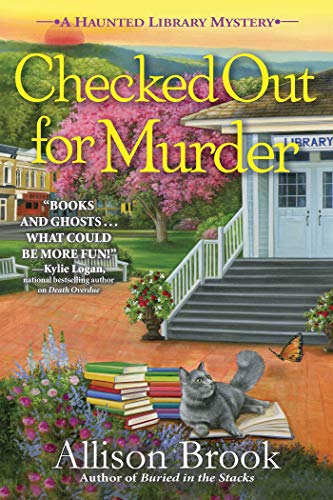 Checked Out for Murder: A Haunted Library Mystery 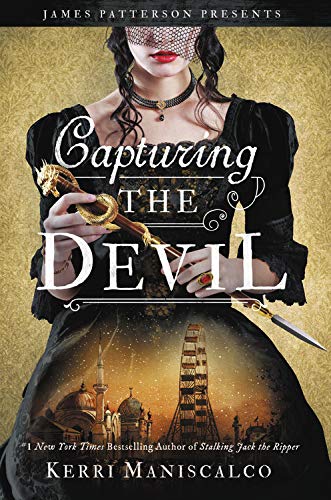 Paperback (Aug. 4, 2020)
In the shocking finale to the bestselling series that began with Stalking Jack the Ripper, Audrey Rose and Thomas are on the hunt for the depraved, elusive killer known as the White City Devil. A deadly game of cat-and-mouse has them fighting to stay one step ahead of the brilliant serial killer---or see their fateful romance cut short by unspeakable tragedy.Audrey Rose Wadsworth and Thomas Cresswell have landed in America, a bold, brash land unlike the genteel streets of London. … More
X* 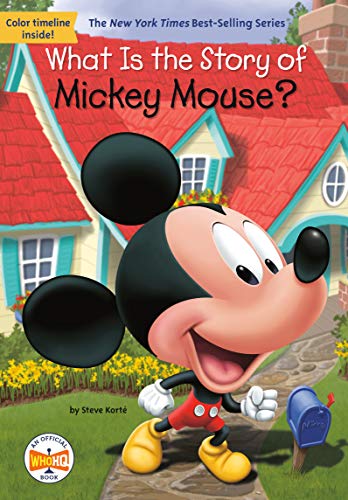 What Is the Story of Mickey Mouse?

Paperback (Aug. 25, 2020)
Who HQ brings you the stories behind the most beloved characters of our time.Meet Mickey Mouse--Disney's most famous and much-loved cartoon character!In 1928, the short film Steamboat Willie dazzled audiences. It was not only one of the first cartoons to feature sound, it was also where viewers first met Mickey Mouse. Despite starting out as a replacement for another Disney cartoon character, Mickey has since taken over the spotlight and won the hearts of children and adults all over the … More
? 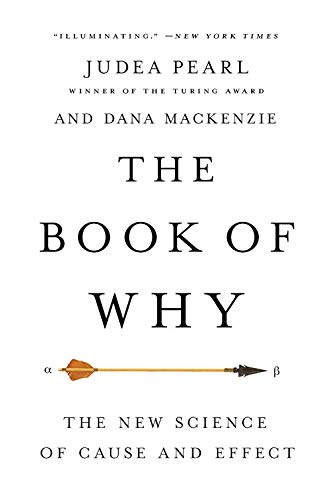 The Book of Why: The New Science of Cause and Effect

Paperback (Aug. 25, 2020) , Reprint edition
How the study of causality revolutionized science and the worldCause and effect: it's at the center of scientific inquiry, and yet for decades scientists had no way of answering simple questions, such as whether smoking causes cancer. In The Book of Why, Judea Pearl and Dana Mackenzie show how Pearl's work on causality has broken through this stalemate, unleashing a revolution in our knowledge of the world. Anyone who wants to understand how science, the human mind, or artificial intelligence … More
T* 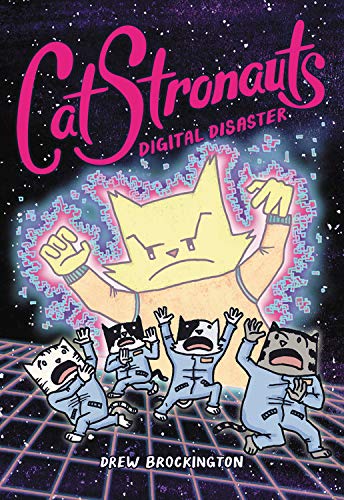 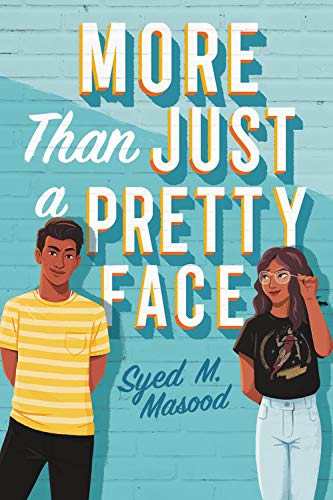 More Than Just a Pretty Face

Hardcover (Aug. 4, 2020)
For fans of Becky Albertalli and Jenny Han, a sweetly funny YA debut about falling in love, family expectations, and being a Renaissance Man.Danyal Jilani doesn't lack confidence. He may not be the smartest guy in the room, but he's funny, gorgeous, and going to make a great chef one day. His father doesn't approve of his career choice, but that hardly matters. What does matter is the opinion of Danyal's longtime crush, the perfect-in-all-ways Kaval, and her family, who … More
M* 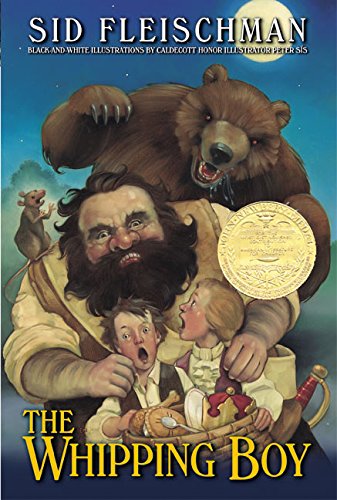 Jemmy, once a poor boy living on the streets, now lives in a castle. As the whipping boy, he bears the punishment when Prince Brat misbehaves, for it is forbidden to spank, thrash, or whack the heir to the throne. The two boys have nothing in common and even less reason to like one another. But when they find themselves taken hostage after running away, they are left with no choice but to trust each … 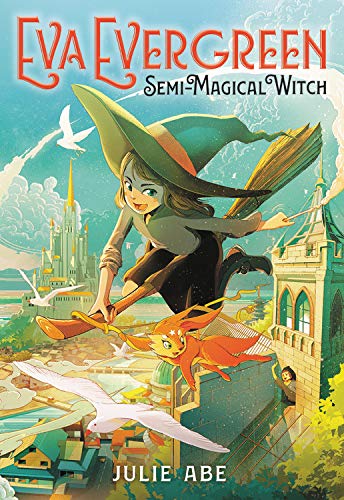 Hardcover (Aug. 4, 2020)
An enchanting fantasy in which a young witch must pass a coming-of-age quest or risk losing her magic forever, perfect for fans of Kiki's Delivery Service and Aru Shah and the End of Time. Sometimes all you need is a pinch of magic...Eva Evergreen is determined to earn the rank of Novice Witch before her thirteenth birthday. If she doesn't, she'll lose her magic forever. For most young witches and wizards, it's a simple enough test:ONE: Help your town, do … More
T* 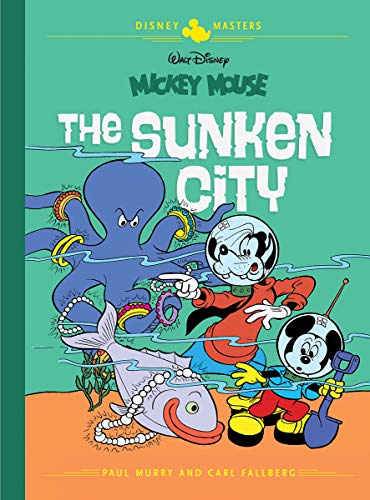 Mickey and Goofy are lost at sea, and they get caught in a pitched battle between buccaneer Pete and sneaky submarine commander Captain Grapple. At stake: the ancient gold of Port Rancid, a pirate stronghold that sank beneath the waves ― and is now guarded by a pack of very jealous sea monsters! Then, Mickey and Goofy have their hands full with a host of mystery puzzlers ― from canoe-going … More
? 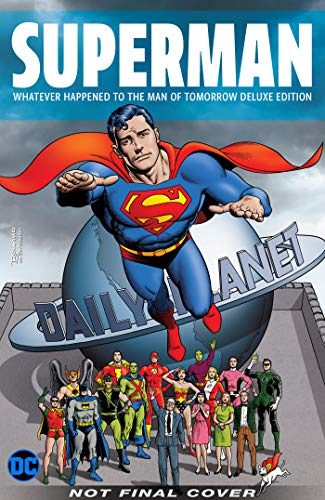 Superman: Whatever Happened to the Man of Tomorrow Deluxe 2020 Edition

Hardcover (Aug. 18, 2020) , Deluxe edition
Alan Moore's definitive tales of the Man of Steel featuring Batman, Wonder Woman, Robin and more is offered in a Deluxe Edition hardcover for the first time.Legendary writer Alan Moore's seminal Superman tales are collected in this Deluxe Edition hardcover in which the Man of Steel faces his greatest foes and his final battle with the combined forces of Brainiac and Lex Luthor! Also featuring the classic story "For the Man who has Everything" from Superman Annual #11 in which … More
R* 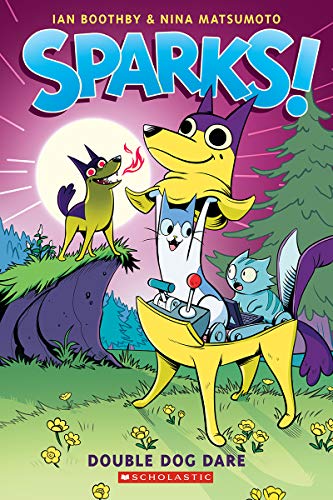 Paperback (Aug. 4, 2020)
Sparks is in for trouble when he starts seeing double!Who's a good dog?!Charlie and August, the two cats that control the mechanical superhero dog, Sparks, are keeping the city safe. But when a second, evil Sparks shows up and starts causing trouble around town, everybody blames the real Sparks. Determined to prove that Sparks is still the hero everyone can count on, Charlie and August set out to uncover the shocking truth about who is responsible for all the chaos. More
Y* 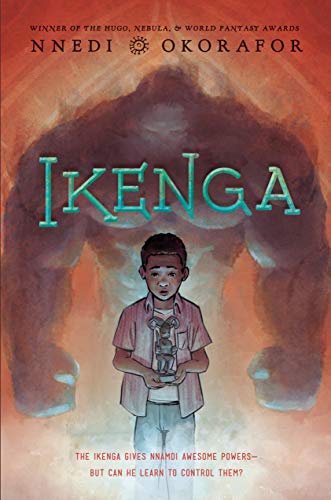 Hardcover (Aug. 18, 2020)
Nnedi Okorafor's first novel for middle grade readers introduces a boy who can access super powers with the help of the magical Ikenga.Nnamdi's father was a good chief of police, perhaps the best Kalaria had ever had. He was determined to root out the criminals that had invaded the town. But then he was murdered, and most people believed the Chief of Chiefs, most powerful of the criminals, was responsible. Nnamdi has vowed to avenge his father, but he wonders … More
Find More in Readling App