The Ship of Secrets 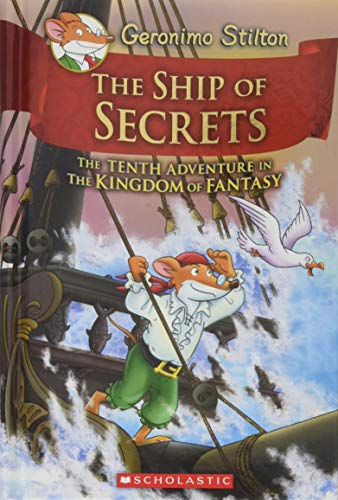 The Ship of Secrets

Hardcover (Scholastic Paperbacks June 27, 2017) , Translation edition
I, Geronimo Stilton, was called to the Kingdom of Fantasy for the tenth time! A fairy princess had called me there. She needed my help: The most powerful and dangerous wizard in the realm wanted to capture her -- and conquer the entire kingdom!

The wizard was hunting for special magical objects to increase his powers -- fairy dust to make him fly, the precious gold of the gnomes, the dazzling egg of fire, and more. It was up to me to foil his plans, with the help of magical friends new and old. Could we save the Kingdom of Fantasy?

Series
Geronimo Stilton and the Kingdom of Fantasy (Book 10)

Enjoy reading The Ship of Secrets? You may also like these books