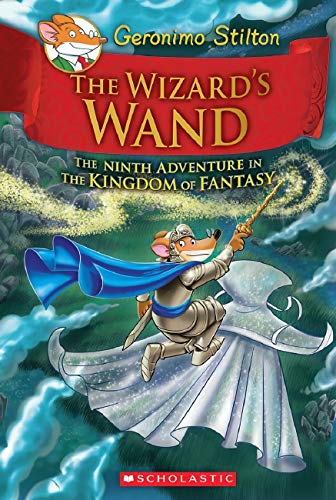 Hardcover (Scholastic Paperbacks Aug. 30, 2016)
I, Geronimo Stilton, was called to the Kingdom of Fantasy for the ninth time! Blossom, Queen of the Fairies, had disappeared, along with three powerful magical objects: The Book of a Thousand Spells, the Crystal Sphere, and the Whispering Wand. If those objects ended up in the wrong hands, they could destroy the whole realm!

Accompanied by new, magical friends, I had to cross horrifying kingdoms full of spiders and snakes before facing a terrible evil wizard. Squeak! Could I make it in time to save Blossom -- and the entire Kingdom of Fantasy?

Series
Geronimo Stilton and the Kingdom of Fantasy (Book 9)

Enjoy reading The Wizard's Wand? You may also like these books