Big Nate: In the Zone

By title
Big Nate: In the Zone
By author
Lincoln Peirce
By publisher
HarperCollins
By series
Big Nate
At
Level S
Format
Other Formats & Editions
S* 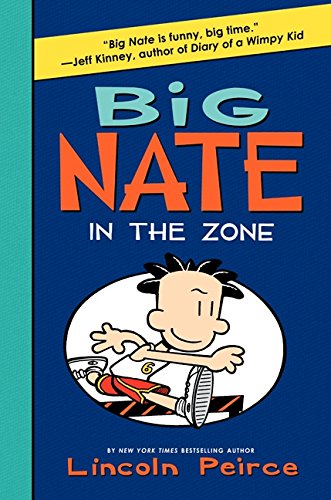 Big Nate: In the Zone

Soon to be an animated series from Nickelodeon!

The sixth Big Nate book in the New York Times bestselling series by Lincoln Peirce! Perfect for fans of the hilarious Diary of Wimpy Kid series.

A laugh-out-loud must-read illustrated novel starring the one and only cartooning genius, king of detention, and Cheez Doodle connoisseur, Nate Wright. Nate’s not having the best of luck . . . in fact; he’s not having ANY luck. But with a little boost thanks to Chad’s lucky foot, suddenly good luck is everywhere Nate turns! Nate’s in the zone! But how long will it last?

Includes a sneak peek to the seventh Big Nate novel!

Enjoy reading Big Nate: In the Zone? You may also like these books