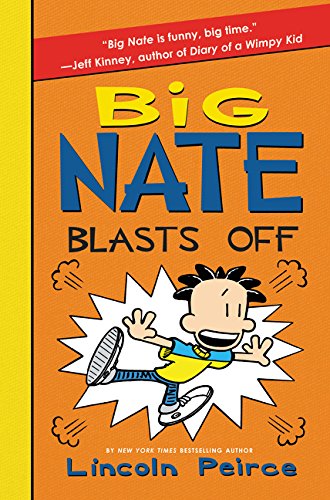 Soon to be an animated series from Nickelodeon!

For fans of the hilarious Diary of a Wimpy Kid series, here comes the eighth novel in the New York Times bestselling series Big Nate.

BIG NATE IS BLASTING OFF!

Nate has a crush on Ruby. But after his scrap with Randy Betancourt makes headlines in the Weekly Bugle, he's got a problem WAY worse than detention! Can Nate bounce back? And will the annual Mud Bowl be a blast . . . or a bust?

Enjoy reading Big Nate Blasts Off? You may also like these books