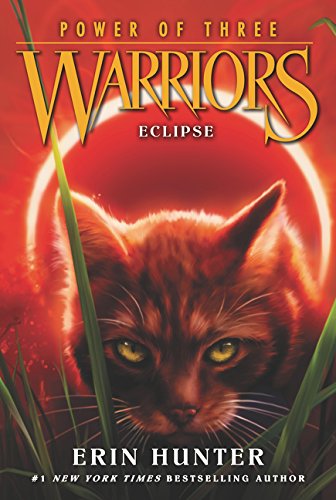 The fourth book in this third series, Warriors: Power of Three #4: Eclipse, brings more adventure, intrigue, and thrilling battles to the epic world of the warrior Clans.

As Jaypaw, Hollypaw, and Lionpaw struggle with the weight of their destinies, a mysterious warning shakes the Clans' faith in their ancestors. All four Clans are in danger—and the fate of the warrior code now rests in the paws of three apprentices.

Enjoy reading Warriors: Power of Three #4: Eclipse? You may also like these books