The Ghosts of Rathburn Park 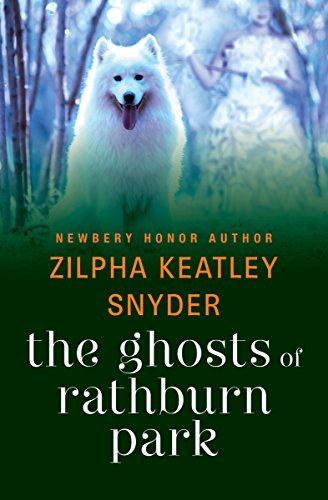 The Ghosts of Rathburn Park

language (Open Road Media Teen & Tween March 25, 2014)
Eleven-year-old Matt comes face to face with his town’s haunted past
Matthew Hamilton—a.k.a. the Hamster—and his family recently moved to Timber City. More of a loner than his older brother and sister, Matt gets lost when he wanders away from the town’s annual July Fourth picnic into nearby Rathburn Park. He is rescued by a white mutt with shaggy hair and pointed ears. Matt follows him into a clearing, but the dog vanishes.
According to legend, Rathburn Park is haunted. Weirded out by his experience but unable to stay away, Matt returns to the ruins. In a burned-out church, a girl in a hat and old-fashioned ruffled dress appears. She warns him to leave if he wants to stay alive. Her name is Amelia Rathburn. But when Matt looks her up, he discovers that she is one hundred years old.
Is Amelia a ghost from the past? Or someone a lot more human? The truth is stranger than Matt could ever imagine.
This ebook features an extended biography of Zilpha Keatley Snyder.

Enjoy reading The Ghosts of Rathburn Park? You may also like these books