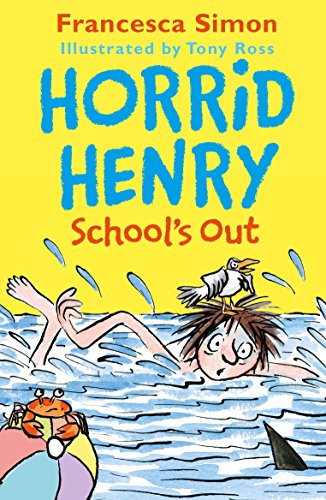 Make your summer silly with Horrid Henry! A great value collection of six favourite Horrid Henry summer stories in one book, with loads of fun activities at the back to keep boredom away.

Join Henry as he creates havoc at the swimming pool, goes on stage at the coolest concert ever, and faces Moody Margaret in the battle of the Purple Hand Gang vs The Secret Club -- plus much, much more!

Enjoy reading Horrid Henry School's Out? You may also like these books