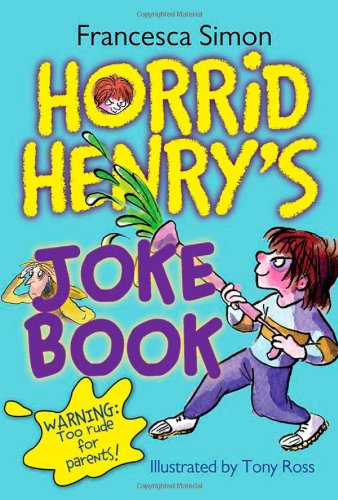 Warning: Too rude for parents and for slimy toad little brothers!

These are Horrid Henry's very own jokes: the jokes that grossed out Mom and Dad... that made Aunt Ruby run home... that sent Miss Battle-Axe screaming from class. Be horrid! Read Henry's jokes. Then tell them to the world!

Enjoy reading Horrid Henry's Joke Book? You may also like these books