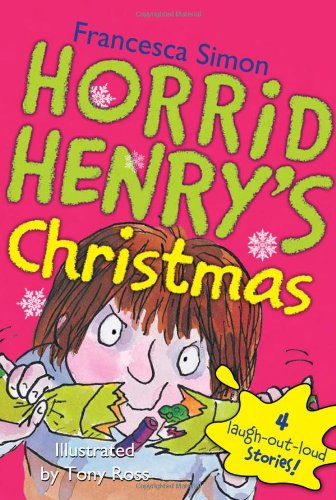 Discover this funny book series for kids that boys and girls around the world love to read! Horrid Henry's Christmas is the perfect Christmas chapter book for kids!

Horrid Henry sabotages the Christmas play; tries to do all his Christmas shopping without spending any of his allowance; attempts to ambush Santa Claus (to get more presents, of course); and has to endure the worst Christmas dinner ever!

Francesca Simon is one of the world's best-loved children's authors. She is the only American to have ever won the Galaxy Book Award, and her creation, Horrid Henry, is the #1 bestselling chapter book series in the UK―with a hit TV show and over fifteen million copies sold! Each book contains four easy-to-read stories and hilarious illustrations by the one and only Tony Ross, so even the most reluctant of readers won't be able to resist Henry's amazing talent for trouble!

Enjoy reading Horrid Henry's Christmas? You may also like these books