The Box and the Bone

By title
The Box and the Bone
By author
Zilpha Keatley Snyder
By publisher
Open Road Media Teen & Tween
Format
Other Formats & Editions
? 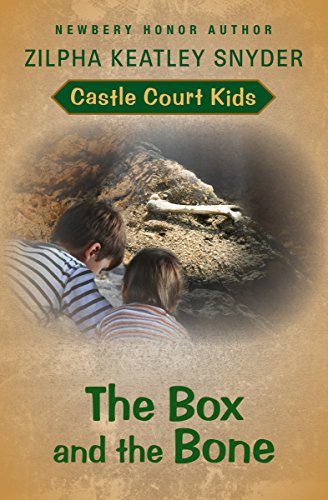 The Box and the Bone

language (Open Road Media Teen & Tween March 25, 2014)
Who stole the buried treasure?
Carlos Garcia, Eddy Wong, and Bucky Brockhurst are building a brand-new private clubhouse when they stumble upon buried treasure. No sooner have they hauled the old metal box out of the ground than Bucky’s irritating kid sister, Muffy, shows up and tells him he has to come home.
Left alone with the box, Carlos and Eddy manage to pry it open. It’s filled with hundreds of gold coins! Knowing Bucky will be furious that they opened it without him, the boys dump it back into the ground. But when the fifth graders return later that night to dig it up again, all they find is an old bone.
What happened to the treasure? And who buried the bone? Was it Lump, the Garcias’ enormous Saint Bernard? Susie Garcia, Athena Pappas, and Muffy Brockhurst (the meanest girl in school) also want to know. As the search for the box heats up, turning everyone against one another, will the three PROs lose the treasure—and their friendship?
This ebook features an extended biography of Zilpha Keatley Snyder.

Enjoy reading The Box and the Bone? You may also like these books