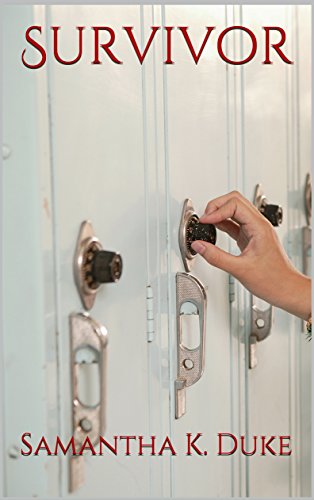 language ( Dec. 9, 2016)
Max Wilson just wanted to fit in. On his first day at Dutton High, all he hoped for was to not fall asleep in his classes, and to maybe make a friend or two. After what he had been through, Max desperately needed for things in his new school to work out. All he wanted was a fresh start.

Amy Chase was fed-up with her lot in life. She adores her group of friends, as quirky and eccentric as they may be, but despised the bullying and harassment they receive from their classmates. Amy had a bundle of nerves in her, and felt at any time that she was ready to snap.

When Max and Amy met, they immediately hit it off, and things seem like they were going to be okay. Both of them would get what they wanted, maybe even more.

Then several students disappeared under mysterious circumstances. An eyewitness says he saw Max and two others abduct the missing students.

Then the students turn up dead, and the whispers begin. All signs point to Max as the prime suspect.

Amy is the only one who believes in Max's innocence. Despite all the accusations, even those of her own friends, Amy vows to clear Max's name.

But as Amy proceeds in her investigation, she learns that the culprits may be more than she bargained for.

And that her new friend may have secrets of his own.

Thrilling, engrossing, and at times, laugh out loud funny, Survivor is a must-read for fans of young-adult paranormal fiction. Prepare for a enjoyable romp that you'll never forget!

Enjoy reading Survivor? You may also like these books