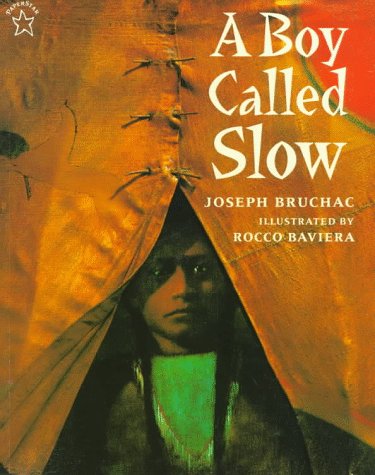 Anxious to be given a name as strong and brave as that of his father, a proud Lakota Sioux grows into manhood, acting with careful deliberation, determination, and bravery, which eventually earned him his proud new name: Sitting Bull.

An ALA Notable Book

"Being named Slow and growing up in the shadow of a great warrior hardly dwarfed the prospects of this protagonist: he grew up to be Sitting Bull. Bruchac's sensitively told story of Sitting Bull's coming-of-age reassures young boys that success comes through effort, not birth." —Booklist

Enjoy reading A Boy Called Slow? You may also like these books