By title
The Department 19 Files: The New Blood: 1919
By author
Will Hill
By publisher
HarperCollinsChildren'sBooks
Format
Other Formats & Editions
? 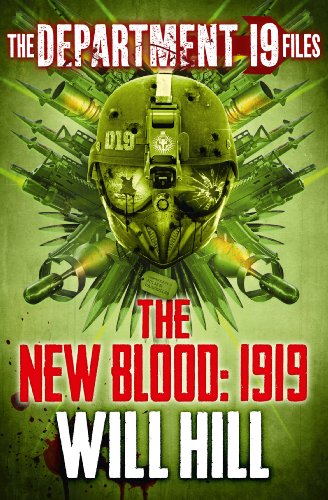 A short story from the world of Department 19.

In 1891, Abraham Van Helsing and a group of friends faced Dracula, the world’s first vampire – and won. The survivors of that battle founded Department 19, and have been secretly saving the world ever since. A highly classified archive exists recording every act of bravery in that time.

That archive is now open. These are the Department 19 files.

Safely returned from the killing fields of Europe, Quincey Harker is bored and restless, his mind full of the terrible things he has seen, things he cannot seem to forget. So when his father invites him to hear a proposition from him and his friends, Quincey is hopeful that a new project may be just the thing to take his mind off the monsters he encountered, terrible creatures that flew above the ground and killed without mercy. He has no idea quite how wrong he is…

Enjoy reading The Department 19 Files: The New Blood: 1919? You may also like these books