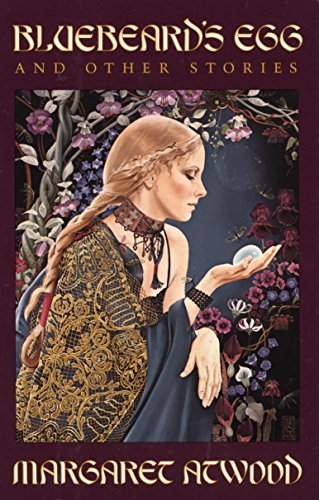 With the publication of the best-selling The Handmaid's Tale in 1986, Margaret Atwood's place in North American letters was reconfirmed. Poet, short story writer, and novelist, she was acclaimed "one of the most intelligent and talented writers to set herself the task of deciphering life in the late twentieth century."*

With Bluebeard's Egg, her second short story collection, Atwood covers a dramatic range of storytelling, her scope encompassing the many moods of her characters, from the desolate to the hilarious.

The stories are set in the 1940s, 1950s, and 1980s and concern themselves with relationships of various sorts. There is the bond between a political activist and his kidnapped cat, a woman and her dead psychiatrist, a potter and the group of poets who live with her and mythologize her, an artist and the strange men she picks up to use as models. There is a man who finds himself surrounded by women who are literally shrinking, and a woman whose life is dominated by a fear of nuclear warfare; there are telling relationships among parents and children.

By turns humorous and warm, stark and frightening, Bluebeard's Egg explores and illuminates both the outer world in which we all live and the inner world that each of us creates.

Enjoy reading Bluebeard's Egg? You may also like these books