Don't Judge a Girl by Her Cover

By title
Don't Judge a Girl by Her Cover
By author
Ally Carter
By publisher
Little, Brown Books for Young Readers
By series
Gallagher Girls
At
Level Y
Format
Other Formats & Editions
Y 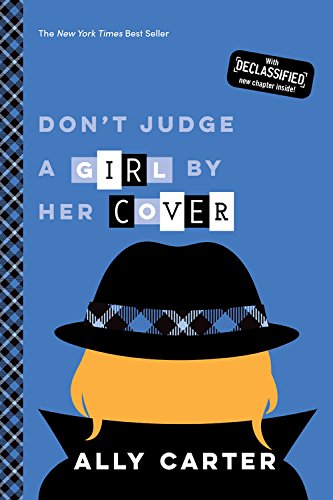 Don't Judge a Girl by Her Cover

Paperback (Little, Brown Books for Young Readers June 14, 2016) , Reissue edition
Celebrate the 10th anniversary of the New York Times best-selling Gallagher Girls series with this new edition, featuring an exclusive new epilogue from Ally Carter!
When Cammie Morgan visits her roommate Macey in Boston, she thinks she's in for an exciting end to her summer. After all, she's there to watch Macey's father accept the nomination for vice president of the United States. But when you go to the world's best school (for spies), "exciting" and "deadly" are never far apart. The girls suddenly find themselves trapped in a kidnapper's plot, with only their espionage skills to save them.
Soon Cammie is joining Bex and Liz as Macey's private security team on the campaign trail, where they struggle to answer the questions Who is after Macey? And how can the Gallagher Girls keep her safe? The girls must use their spy training at every turn as the stakes are raised, and Cammie gets closer and closer to the shocking truth. . . .

Enjoy reading Don't Judge a Girl by Her Cover? You may also like these books