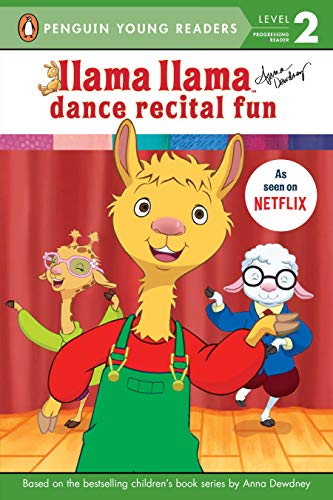 Look out, world--Llama Llama is a TV star! The beloved character, made famous by Anna Dewdney's best-selling picture books, is the star of his own original series, now airing on Netflix. This episode-based Penguin Young Reader tells the story of Llama Llama helping his friend Luna get over her stage fright so that she can dance in a recital. It's the perfect book to read aloud with your little ones to help them deal with their own stage fright, or to help them understand a friend who deals with it!

Enjoy reading Llama Llama Dance Recital Fun? You may also like these books