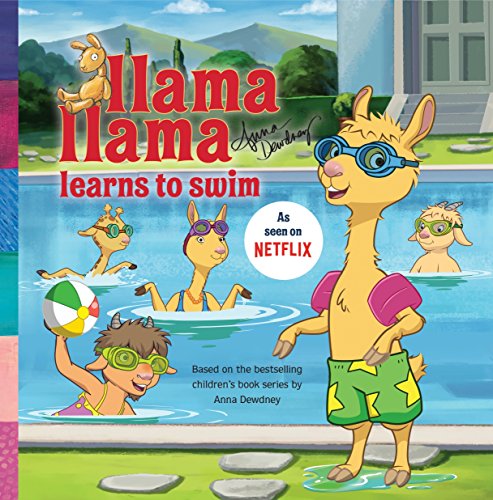 Paperback (Penguin Young Readers Licenses June 5, 2018)
Llama Llama learns to swim in this sweet 8x8 based on an episode from the Netflix animated television series.

Look out, world--Llama Llama is a TV star! The beloved character, made famous by Anna Dewdney's best-selling picture books, is the star of his own original series, now airing on Netflix. Our episode-based 8x8 tells the story of one of the most memorable (and sometimes scary!) milestones: learning to swim! Your little llamas will love relating to their favorite picture book character as he faces new and challenging situations.

Enjoy reading Llama Llama Learns to Swim? You may also like these books