By title
I'll Be There
By author
Holly Goldberg Sloan
By publisher
Little, Brown Books for Young Readers
At
Level Y
Format
Other Formats & Editions
Y 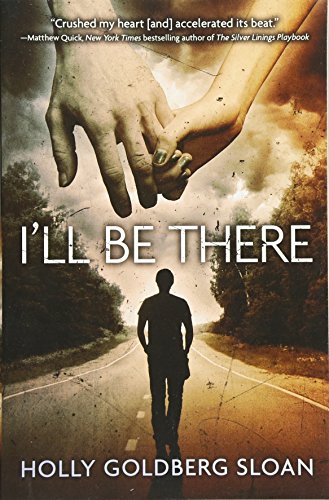 Paperback (Little, Brown Books for Young Readers June 12, 2012) , Reprint edition
Emily Bell believes in destiny. To her, being forced to sing a solo in the church choir--despite her average voice--is fate: because it's while she's singing that she first sees Sam. At first sight, they are connected.Sam Border wishes he could escape, but there's nowhere for him to run. He and his little brother, Riddle, have spent their entire lives constantly uprooted by their unstable father. That is, until Sam sees Emily. That's when everything changes.As Sam and Riddle are welcomed into the Bells' lives, they witness the warmth and protection of a family for the first time. But when tragedy strikes, they're left fighting for survival in the desolate wilderness, and wondering if they'll ever find a place where they can belong. Beautifully written and emotionally profound, I'll Be There is a gripping story that explores the complexities of teenage passions, friendships, and loyalties.

It has been honored with:

Enjoy reading I'll Be There? You may also like these books