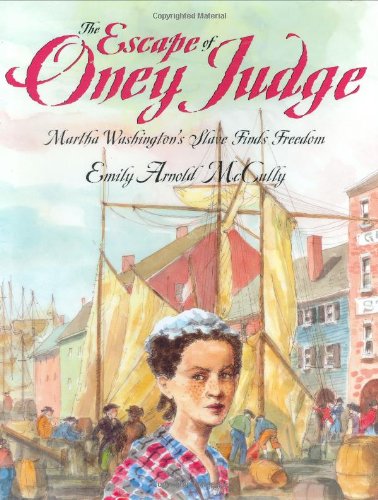 When General George Washington is elected the first President of the United States, his wife chooses young Oney Judge, a house slave who works as a seamstress at Mount Vernon, to travel with her to the nation's capital in New York City as her personal maid. When the capital is moved to Philadelphia, the Washingtons and Oney move, too, and there Oney meets free blacks for the first time. At first Oney can't imagine being free – she depends on the Washingtons for food, warmth, and clothing. But then Mrs. Washington tells Oney that after her death she will be sent to live with Mrs. Washington's granddaughter. Oney is horrified because she knows it is likely that she will then be sold to a stranger – the worst fate she can imagine. Oney realizes she must run. One day she sees an opportunity and takes it, ending up in New Hampshire, where she lives the rest of her life, poor but free.

Pen-and-ink and watercolor illustrations bring to life this picture book biography of Oney Judge, a young woman who, in the end, has no mistress but herself.

The Escape of Oney Judge is a 2008 Bank Street - Best Children's Book of the Year.

Enjoy reading The Escape of Oney Judge: Martha Washington’s Slave Finds Freedom? You may also like these books