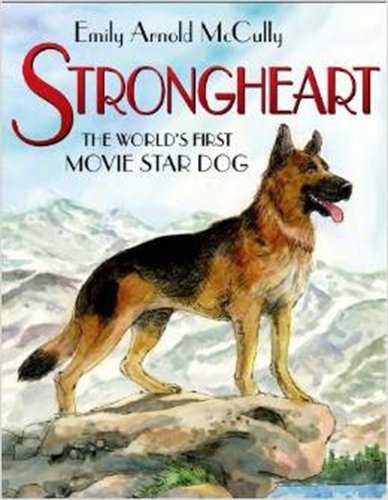 Strongheart may have been a movie star, but he wasn't always famous. He started out as a police dog who could sniff out criminals and march like a soldier, but he didn't know how to have fun. Larry Trimble was a Hollywood director who wanted to put Strongheart in his movies―not just as a pet but as the lead actor. Larry taught him to play with toys and walk like a regular dog. In his films, Strongheart brought audiences to tears. He was a sensation! But when Strongheart's military training led to trouble, was his career over?
Set in the early days of silent movies, Emily Arnold McCully's extraordinary story about a real-life hero will capture the hearts of dog lovers and movie fans everywhere.

Enjoy reading Strongheart: The World's First Movie Star Dog? You may also like these books