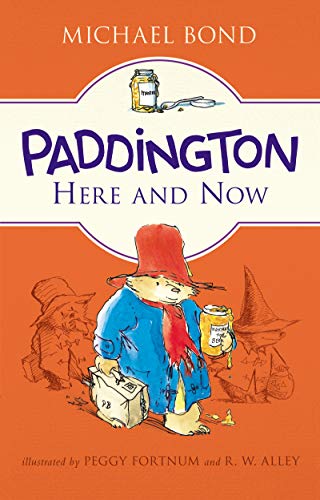 Paddington has warmed the hearts of generations of readers with his earnest good intentions and humorous misadventures. This edition of the classic novel contains the original text by Michael Bond and illustrations by R.W. Alley.

If Paddington Bear learned anything from his Uncle Pastuzo, it’s that home is where you hang your hat. And for Paddington, nothing feels quite like home than being with the Brown family. Whether Paddington is starring in a surprise concert performance while eating a marmalade sandwich or thwarting a burglary attempt from Gentleman Dan, the Drainpipe Man, this one-of-a-kind bear keeps the Brown family home full of adventure and laughter.

Enjoy reading Paddington Here and Now? You may also like these books