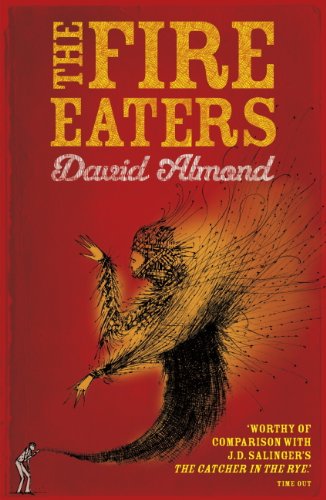 There he was, below the bridge, half-naked, eyes blazing. He had a pair of burning torches. He ran them back and forth across his skin. He sipped from a bottle, breathed across a torch, and fire and fumes leapt from his lips. The air was filled with the scent of paraffin. He breathed again, a great high spreading flag of fire. He glared. He roared like an animal.

That summer, life had seemed perfect for Bobby Burns. But now it's autumn and the winds of change are blowing hard. Bobby's dad is mysteriously ill. His new school is a cold and cruel place. And worse: nuclear war may be about to start. But Bobby has a wonder-working friend called Ailsa Spink. And he's found the fire-eater, a devil called McNulty. What can they do together on Bobby's beach? Is it possible to work miracles? Will they be able to transform the world?

A stunning novel from the author of the modern children's classic Skellig - winner of the Carnegie Medal and the Whitbread Children's Book Award. David Almond is also winner of the 2010 Hans Christian Andersen award.

Enjoy reading The Fire Eaters? You may also like these books