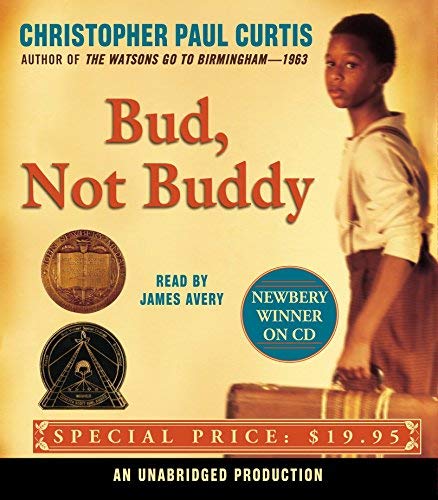 Audio CD (Listening Library (Audio) April 23, 2006) , Unabridged Edition
It's 1936, in Flint, Michigan. Ten-year-old Bud may be a motherless boy on the run, but he's on a mission. His momma never told him who his father was, but she left a clue: posters of Herman E. Calloway and his band. Bud's got an idea that those posters will lead to his father.

Enjoy reading By Christopher Paul Curtis - Bud, Not Buddy? You may also like these books