Rover Throws a Party: Inspired by NASA's Curiosity on Mars 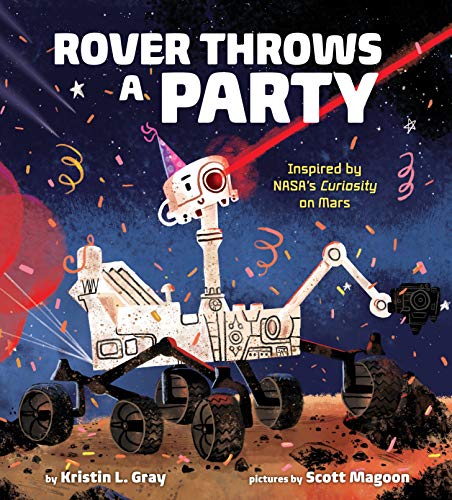 Rover Throws a Party: Inspired by NASA's Curiosity on Mars

Hardcover (Knopf Books for Young Readers March 31, 2020)
Inspired by NASA's Curiosity rover, this is the story of a lonely Mars rover who plans the best birthday party in the solar system.

It's Rover's anniversary on Mars! Time to celebrate by throwing the best party this planet has ever seen. Rover hands out invitations all over town, but it seems like he's the only one around. Will anyone come to the party, or will Rover be all alone on his big day?

In 2013, NASA programmed their Curiosity rover to hum "Happy Birthday to You" in honor of its first year on Mars. Inspired by this anecdote, this is the tale of a lonely rover and his party, accompanied by fascinating Mars rover facts that help explain the real science behind the story. This fun birthday tale provides an accessible, kid-friendly look at one of NASA's coolest programs.