The Gift of the Magi

By title
The Gift of the Magi
By author
O. Henry P.J. Lynch
By publisher
Candlewick
By series
Holiday Classics Illustrated by P.j. Lynch
At
Level X
Format
Other Formats & Editions
X 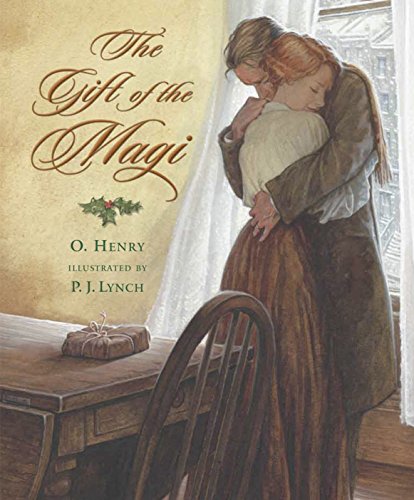 The Gift of the Magi

Hardcover (Candlewick Sept. 9, 2008) , Illustrated Edition
O. Henry's classic tale of the wisest gifts of Christmas, brought to life by P.J. Lynch's extraordinary art, is itself a gift to share and treasure.

In a shabby New York flat, Della sobs as she counts the few coins she has saved to buy a Christmas present for her husband, Jim. A gift worthy of her devotion will require a great sacrifice: selling her long, beautiful hair. Jim, meanwhile, has made a sacrifice for Della that is no less difficult. As they exchange gifts on Christmas Eve, the discovery of what each has done fills them with despair, until they realize that the true gifts of Christmas can be found more readily in their humble apartment than in any fine store. O. Henry paints a masterly portrait of unfaltering love, a haven from the harsh world outside. The poignancy of his story is captured in P.J. Lynch's eloquent art, wherein every glance, every gesture, tells a subtle truth.