D-Day: Battle on the Beach

By title
D-Day: Battle on the Beach
By author
Kate Messner Kelley McMorris
By publisher
Scholastic Press
By series
Ranger in Time
At
Level T
Format
Other Formats & Editions
T* 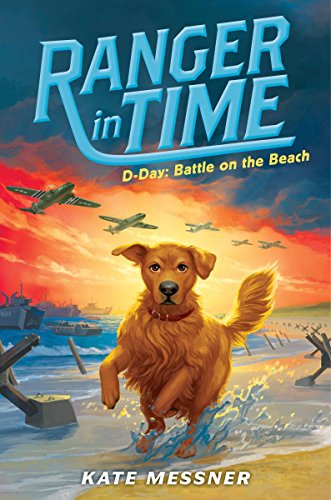 D-Day: Battle on the Beach

Library Binding (Scholastic Press Jan. 30, 2018) , Library edition
Ranger, the time-traveling golden retriever with search-and-rescue training, heads to Normandy during World War II!
In this adventure, Ranger heads to Normandy on the morning of the D-Day invasion and finds himself in the middle of one of the fiercest battles of World War II. Ranger meets Leo, a Jewish boy who is hiding with a local farmer, and Walt, a young African-American soldier fighting to free France from the Nazis. Walt is in the 320th Balloon Battalion, so it's his job to help operate the enormous barrage balloons that fly over the American troops, shielding them from enemy planes. It's pure chaos, with thundering warplanes, falling bombs, and exploding land mines. Will Ranger, Leo, and Walt survive?

Enjoy reading D-Day: Battle on the Beach? You may also like these books