Pedro: The Angel of Olvera Street 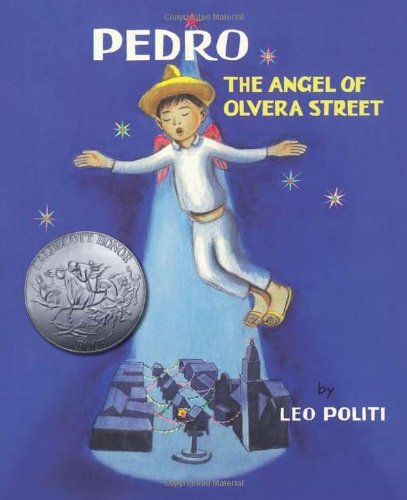 Pedro: The Angel of Olvera Street

Pedro tells of the community's Christmas tradition of the "posada," a procession that reenacts Mary and Joseph's pilgrimage to Bethlehem, and of the "piñata," a papier-mâché vessel filled with toys that children break open at the Posada's end. Pedro hopes to find a music box among the toys that will spill out of the piñata. But first, he is asked to don the red wings of an angel and lead the procession. Because he not only is costumed like an angel but also sings like one, he is asked to lead the chorus in the traditional Posada song. Music and lyrics for the song are included, and with them children may create their own Posada pageant.

Enjoy reading Pedro: The Angel of Olvera Street? You may also like these books