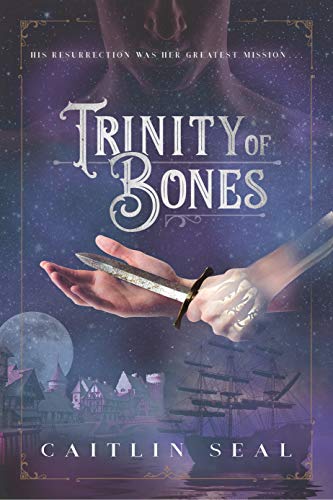 Paperback (Charlesbridge Teen Sept. 6, 2022)
In this anticipated sequel to Twice Dead of the Necromancer's Song series, the newly-resurrected Naya Garth will do anything to retrieve her beloved Corten from the shores of death.

Naya Garth, a wraith, must find a way into the fringe to rescue Corten Ballera, even though it's been weeks since he was murdered, and the chances of a second resurrection are slim. To accomplish this task, she travels to her homeland of Talmir in search of the necromancer Lucia's old journals, which hold the key. With Naya's special powers as a reaper and her training as a spy, she stands a chance at recovering the illicit secrets.

Naya encounters prejudice against the undead, assassination attempts, and kidnapping by a people wielding strange magics. Reaching Corten will only complicate matters. Mysterious forces in the fringe warn them of a dangerous new adversary--one with plans to conquer all lands both living and dead.

Enjoy reading Trinity of Bones? You may also like these books