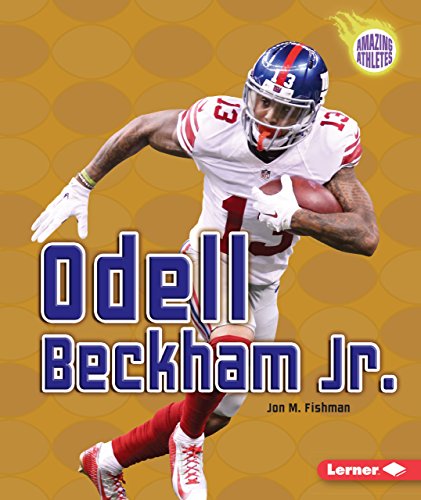 Odell Beckham Jr.―New York Giants wide receiver―shocks National Football League (NFL) fans with his incredible catches. In a 2014 game versus the Dallas Cowboys, Odell made a one-handed touchdown reception that earned his game jersey a spot in the Pro Football Hall of Fame. But he is more than just a showman on the field. Odell was named Offensive Rookie of the Year in 2014, and his performance only improved in 2015. Learn more about Odell's journey to stardom.

Enjoy reading Odell Beckham Jr.? You may also like these books