The Fairest Of All

By title
The Fairest Of All
By author
S.K Munt Donella Brown
Format
Other Formats & Editions
? 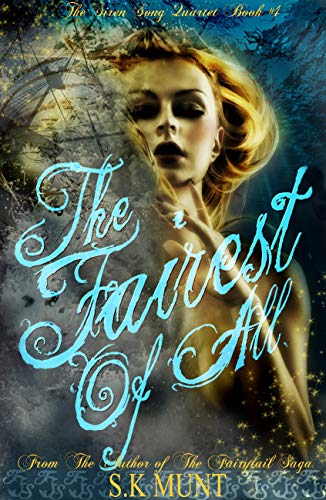 The Fairest Of All

eBook ( June 13, 2020)
In this Conclusion to The Siren Song Quartet, Sealah Loveridge is left alone to run the kingdom while her parents are off dealing with a medical emergency. The King and Queen believe that social friction is the only crisis she's going to have to deal with in their absence, but in actuality, Sealah's been left to battle not only her personal demons, but everyone else's, while trying to save the boy she loves from a curse, find and subdue a human psychopath, battle two ancient demons, break an ancient curse, batten the hatches against an incoming summer cyclone and keep the boardwalk midway up and running. Oh, and just in case that weren't enough, her parents want her to make sure that the Summer Solstice celebration goes ahead as smoothly as it always does, just to keep a sense of normalcy alive in a community that unbeknowst to them, is in absolute chaos.
Sealah's been prepping herself her whole life to pass these kinds of tests, but when she realises that most of her community assumes that she's going to fail them all without her parents help, she can't help but wonder if it's time to give up the ill-fitting crown already, and look to the horizon for an alternate path to take in life instead; trading in her dreams of living happily ever after for the sake of merely living.

Enjoy reading The Fairest Of All? You may also like these books