By title
The Haunter
By author
R.L. Stine
By publisher
Scholastic Paperbacks
At
Level T
Format
Other Formats & Editions
T 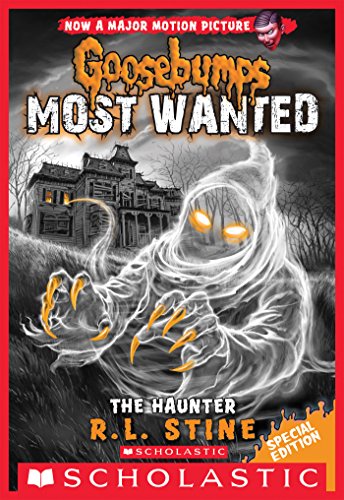 eBook (Scholastic Paperbacks June 28, 2016) , Special edition
The infamous, Most Wanted Goosebumps characters are out on the loose and after you. Just in time for Halloween, a super special edition!

Sammy Baker is a quiet kid who wishes he wasn't so shy and timid. He is frightened but eager to prove he can be brave. On Halloween night, he follows his friends to the Marple House, an abandoned mansion on the other side of town.

Just past midnight, he feels a cold tingle at the back of his neck. The cold seeps down, a heavy chill he has never felt before. Soon, his whole head feels like a block of ice. He's about to scream-but the cold feeling vanishes. Sammy doesn't realize that he has just met The Haunter, and that his nightmares are only just beginning.

Enjoy reading The Haunter? You may also like these books