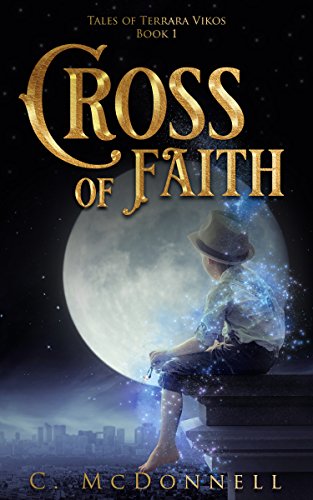 language (Smashwords, Inc. July 26, 2012)
As heir to the daemon clan Lord, Halden Rendra is a rebel. He argues with his father constantly and is always looking for a fight. The day his father drags him to the Realm Leader's suburban home, his destiny changes.

He meets Lucian Gallager, a young boy about his age that seems like a 'nerdy weakling'. However, as Halden soon discovers, everything is not as it seems, especially when it comes to the Realm Leader's only son.

Check out the other Tales of Terrara Vikos stories:
Trees In The Storm (#2)
Blood on a Broken Hand (#3)
Warped Destinies (#4)

Enjoy reading Cross Of Faith? You may also like these books