The Price for Peace

By title
The Price for Peace
By author
W.J. May Book Cover by …
Format
Other Formats & Editions
? 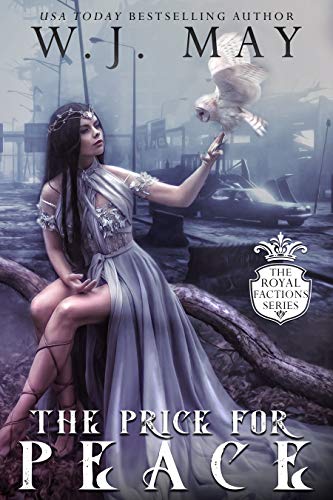 W.J. May, Book Cover by Design

The Price for Peace

How do you keep fighting when you've already been claimed?

When sixteen-year-old Elise is ripped from her home and taken to the royal palace as a permanent 'guest', she thinks her life is over.

Little does she know it has only just begun…

After befriending a group of other captives, including the headstrong Will, Elise finds herself swept away to a world she never knew existed—polished, sculpted, and refined until she can hardly recognize her own reflection. She should be happy to have escaped the poverty of her former life. But she knows a dark truth.

The palace is a dream on the surface, but a nightmare underneath.

With a dwindling population, the royals have imprisoned the teenagers to marry and breed. Only seven days remain of freedom before they will be selected by a courtier and forever claimed.

Danger lurks around every corner. The only chance of escape is death.

But when the day of the claiming finally arrives…the world will never be the same.

The Price for Peace – Book 1

The Cost for Surviving – Book 2

The Punishment for Deception – Book 3

The Most Cherished – Book 5

The Strength to Endure – Book 6

Enjoy reading The Price for Peace? You may also like these books