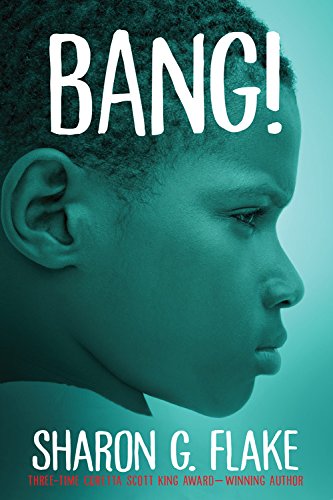 Paperback (Little, Brown Books for Young Readers Oct. 16, 2018) , Reprint edition
Bang! Guns really sound like that, you know.
Bang! And people bleed from everywhere, and blood is redder than you think.
And little kids look funny in caskets. That's 'cause they ain't meant to be in one, I guess.

Mann is only thirteen, yet he has already had to deal with more than most go through in a lifetime. His family is still reeling from the tragic shooting death of his little brother, Jason, each person coping with grief in his or her own way. Mann's mother has stopped eating and is obsessed with preserving Jason's memory, while his father is certain that presenting a hard edge is the only way to keep his remaining son from becoming a statistic. Mann used to paint and ride horseback, but now he's doing everything he can to escape his emotions: getting involved in fights at school, joyriding at midnight, and much worse. His father, at his wit's end, does the only thing he thinks will teach his son how to be a man: he abandons him and his friend Kee-Lee in the woods, leaving them to navigate their way home, alone.

Now Mann, struggling to find his way back to civilization, must also reconcile himself to the realities of a world that has stolen his little brother, and that isn't even sure it still wants Mann in it. One wrong turn and it could all be over for him, too. Bang.

Enjoy reading Bang!? You may also like these books