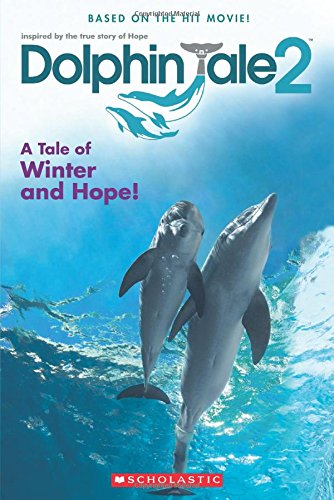 
Dolphin Tale 2 is another true story inspired by the life of Winter, a dolphin who was badly injured and needed a prosthetic tail to survive. In DT2, Winter gets a co-star named Hope. Hope is a baby dolphin who was rescued by the Clearwater Marine Aquarium in 2010, five years and one day after Winter was rescued.

The same all-star cast returns for DT2, including Harry Connick Jr., Ashley Judd, Morgan Freeman, and Kris Kristofferson. Winter and Hope will play themselves in the movie, too!

This story will have easy-to-read text as well as color photos from the movie.

Enjoy reading Dolphin Tale 2: Movie Reader? You may also like these books